The battle is raging on around the country today between our broken 2 party system.  Once more it seems that the fight is not about what is right or what is wrong but who is right and who is wrong.  Scare tactics and TV ads are the tools of the fight.  Grass root efforts on both sides are at war with each other while America suffers.

Why is America suffering?  Its simple, when we get distracted on one issue for so long, other issues lose priority that may need attention from the President, Congress or the courts.  Issues on the 2 wars going on oversees as well as other domestic issues go by the way side.  Instead of fixing the issue and moving on we are in a heated debate on if its needed.

It amazes me to think that anyone in America would think that our healthcare system is not broken in some way.  Maybe its due to the rising costs of premiums or maybe its just the ability to get care.  I understand there are millions of people without healthcare for one reason or another.  Some is employer based for not wanting to cover employees.  Some is personal choice of not wanting to pay into the system.  Some is due to insurance companies denying coverage for some conditions.

Americans need healthcare.  I need healthcare and pay dearly for it.  I am also stuck in a privatized healthcare system where my insurance company can pick and choose when to raise rates or deny coverage at will.  Do I feel that I would be better off with a government program?  Nope sure dont.  What I would be better off with is some government regulation.  I think the best thing that could be done would be to make Private Healthcare not for profit.  Why you ask?  If companies like United Health Group and Aetna had to work with the idea of serving their clients instead of serving their interests for profit, America and Americans would no longer have to fight for something they pay for.  Also by doing this it would open up the requirement for community giving.  Giving back to the 46 million that may not have healthcare for one reason or another.  Provide free clinics to reduce ER visits and provide doctors the chance to give back to the communities they choose.  What about medical CO-OPs as well?

By having insurance companies putting profits back into the system over time would allow for a stronger US healthcare system.  It would allow for all people to have a choice which is what they want and it would allow doctors to provide CARE and not reduce cost.

Now this leads to another issue.  Doctors like the money they make and who wouldnt?  I dont remember any of this effecting what doctors make or charge but I feel that there needs to be a national guideline.  If a procedure costs $1000 to do nationwide and your doctor choices to do it for $3000 dollars, the remaining cost should come out of your pocket.  That is the price of choice of doctors.  This reduces overhead on the now nonprofit insurance companies and allows doctors to play ball in the free market.

There are so so many things that need to be reviewed with such a system but it allows for our national healthcare debate to be neutral in nature and allows for what we all want which is a capitalistic view on our growing rich fast country. 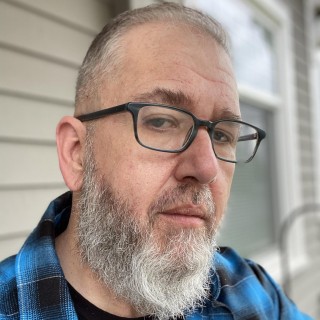